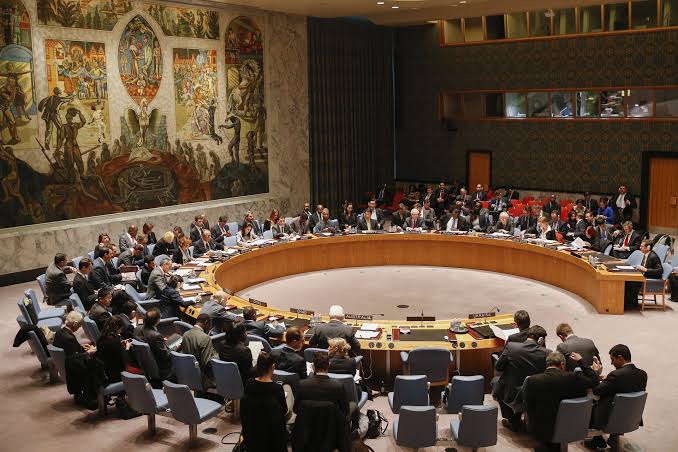 The UN Security Council unanimously agreed on a statement on Wednesday condemning the Myanmar military’s use of violence against peaceful anti-coup protesters, diplomats said.

It was the second time in just over a month that the council’s 15 members, including China, a traditional ally of the former Burma, made a rare show of unity over Myanmar.

The new statement which criticized the military in Myanmar, said the council “strongly condemns the use of violence against peaceful protesters, including against women, youth and children.”

It does not use the word “coup” or mention the possibility of international sanctions if the generals who seized power last month do not stop their repression, as featured in earlier versions of the statement that has been under discussion since Friday.

Still, the text clamped down on the generals who overthrew Myanmar’s democratically elected government on February 1.

The council “expresses deep concern at restrictions on medical personnel, civil society, labor union members, journalists and media workers, and calls for the immediate release of all those detained arbitrarily,” says the text, written by Britain.

“The council calls for the military to exercise utmost restraint and emphasizes that it is following the situation closely,” it adds.

It also called on the UN envoy for Myanmar, Christine Schraner Burgener, to visit the country as soon as possible.

This Swiss diplomat is in contact with the military junta in Myanmar and has asked repeatedly to be able to travel there but has been denied permission.

On February 4 the council issued a statement that expressed “deep concern” over events in Myanmar. It took only two days to negotiate the wording of that draft.

This time the negotiations on the text were more arduous and diplomats said the main source of difficulty was China.

China is traditionally Myanmar’s main backer and in past UN dealings it often blocked initiatives on Myanmar’s harsh treatment of the Rohingya people.

There was no immediate comment Wednesday from the Chinese delegation at the UN.

After receiving all requisite approvals from the Securities and Exchange Commission (SEC) and Corporate Affairs Commission (CAC), the Nigerian Stock Exchange (NSE) has completed its demutualisation process. This announcement was […]