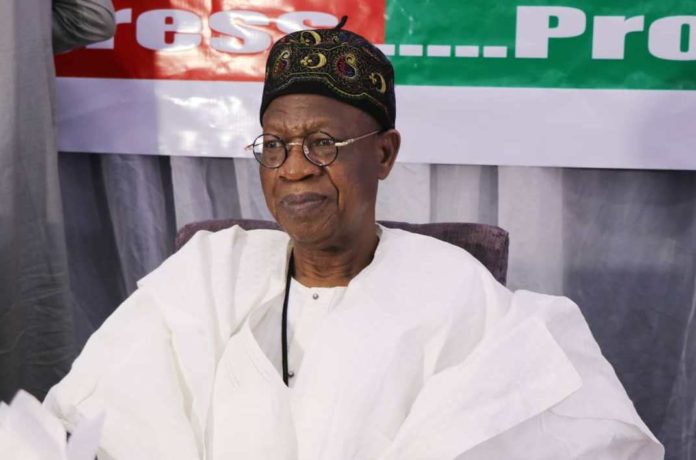 The minister of information and culture, Lai Mohammed, has asked Mathew Kukah, bishop of Sokoto Catholic diocese, to refrain from stoking the embers of hatred.

In a statement issued on Saturday, the minister said a religious leader who has never supported President Muhammadu Buhari should not used disproved allegations against him.

Although Kukah’s name was not mentioned but all indications pointed to the fact that he was referring to the bishop, who sent a strongly worded to Buhari on Christmas day.

Kukah had said there could have been a coup if a non-northern Muslim president tried a fraction of what Buhari did.

He also accused the president of institutionalising northern hegemony by “reducing others in public life to second-class status”.

But in his response, Mohammed said while religious leaders have a responsibility to speak truth to power, such truth must not come “wrapped in anger, hatred, disunity and religious disharmony”.

“The Federal Government has urged religious leaders in the country to refrain from stoking the embers of hatred and disunity, warning that resorting to scorched-earth rhetoric at this time could trigger unintended consequences,” the statement read.

“It is particularly graceless and impious for any religious leader to use the period of Christmas, which is a season of peace, to stoke the embers of hatred, sectarian strife and national disunity.

”Calling for a violent overthrow of a democratically-elected government, no matter how disguised such a call is, and casting a particular religion as violent is not what any religious leader should engage in, and certainly not in a season of peace.

“Instigating regime change outside the ballot box is not only unconstitutional but also an open call to anarchy.

“While some religious leaders, being human, may not be able to disguise their national leadership preference, they should refrain from stigmatizing the leader they have never supported anyway, using well-worn and disproved allegations of nepotism or whatever.”

The minister said whatever challenges Nigeria may be going through at this moment can only be tackled when all leaders and indeed all Nigerians come together, not when some people “arrogantly” engage in name-calling and finger-pointing.

Anthony Joshua: I thought #EndSARS was about a Virus

British-Nigerian boxer, Anthony Joshua says when the #EndSARS protest started, he thought it was against the severe acute respiratory syndrome (SARS). The boxer had joined other celebrities to lend his […]