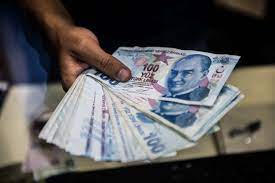 Qatar and Turkey have announced their agreement to extend a currency swap deal between their central banks, as Ankara’s lira has plunged in value fuelling an economic crisis.

According to a joint statement on Tuesday, both parties “welcomed the signing of the agreement on the extension and amendment of the Turkish lira-Qatari riyal currency exchange arrangement” between their central banks.

The announcement came during Turkish President Recep Tayyip Erdogan’s visit to Doha, where he met with Qatari Emir Sheikh Tamim bin Hamad Al-Thani and discussed enhancing cooperation in various fields including the economy.

The agreement in 2018 was extended for the first time in May 2020, with the overall limit increased from $5 billion equivalent of Turkish lira and Qatari riyal to $15 billion.

The nation of 84 million has seen the lira plummet and consumer prices soar, with the lira losing more than 45 percent of its value against the dollar since the start of the year.

Turkey’s currency crisis is now more acute than one it experienced during a diplomatic standoff with then US President Donald Trump in 2018.

Turkey and Qatar, a close US ally, have become economic and political partners in recent times.

Erdogan’s government notably backed Doha during a Saudi Arabia-led boycott of Qatar from 2017 over allegations it supported radical Islamists and was too close to arch-rival Iran – allegations Doha denied.

President Muhammadu Buhari has written to the Senate, seeking the consideration and passage of the 2021 Finance bill which is expected to guide the implementation of the 2022 budget. In […]