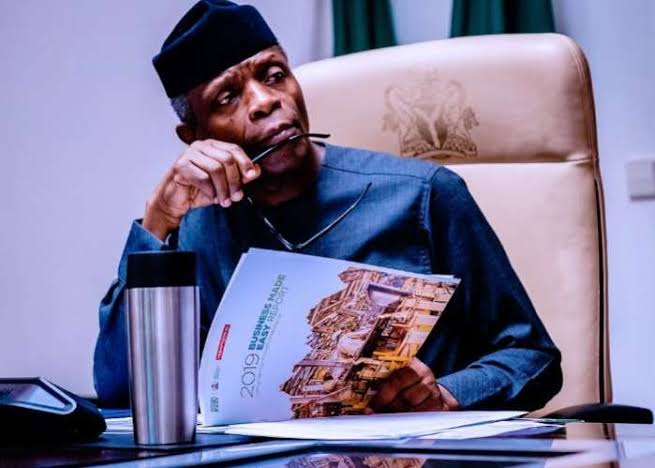 The attacks on Owerri Correctional Center and the Imo State Police Command on Monday has been described by the Vice-President Yemi Osinbajo as cowardly.

Osinbajo disclosed on Tuesday that the Federal Government was adopting measures to stop further attacks on security formations in the state.

He spoke to journalists in Owerri after inspecting the level of damage at the Custodian Centre and Police Headquarters.

Gunmen had freed 1884 inmates and suspects at the command headquarters and burnt no fewer than 50 vehicles in an attack on Monday morning.

The VP also said that the Federal Government would strengthen security at correctional service centres, police formations and the state at large to combat rising security challenges in the country.

“This incident is cowardly. Any attack on institutions of law and order is an attack on the well being of the citizens,” he said.

Osinbajo added, “When you attack institutions of law and order, it is evident that it is not just an attack on justice, it is an attack on the welfare and well-being of the people, especially when you free prisoners, persons who are dangerous, dangerous to our people. This is definitely bad. This is indeed condemnable.

“Government has already taken steps to enhance security here at the correctional facility in the state and nationally and that is a continuing process.”

Headline: IMF Upgrades Forecast For 2021 Global Growth To A Record 6%

The rollout of COVID-19 vaccines and vast sums of government aid will accelerate global economic growth to a record high this year in a powerful rebound from the pandemic recession, […]