Johnson: All Britain’s Power To Be Green By 2035 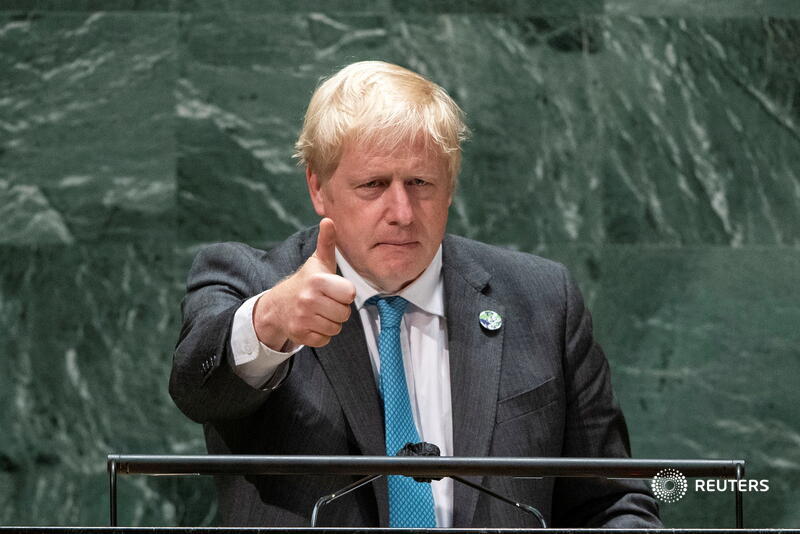 Prime Minister Boris Johnson said on Monday that as part of the Britain’s goal of reaching net zero carbon emissions, the country was aiming to produce “clean power” by 2035

Britain, which will host the COP26 climate summit in November, has committed to cut carbon emissions by 78% by 2035 in what Johnson says is the world’s most ambitious climate change target which would put the country on track to become a net zero emissions producer by 2050. read more

“Looking at the progress that we’re making in wind power, where we lead the world now in offshore wind, looking at what we can do with other renewable sources, carbon capture and storage with hydrogen potentially, we think we can get to complete clean energy production by 2035,” Johnson said in a broadcast interview.

“It will mean that for the first time the UK is not dependent on hydrocarbons, coming from overseas, with all the vagaries in hydrocarbon prices and the risks that poses for people’s pockets and for the consumer.

“We will be reliant on our own, clean power generation which … will help us also to keep costs down.”

Earlier, The Times newspaper said Johnson would soon commit his Conservative Party to increase investments in renewable and nuclear energy as Britain faced a crisis from rising fuel prices.

“What I’m saying is that we can do for our entire energy production by 2035 what we’re doing with internal combustion engine vehicles by 2030,” Johnson said, referring to a ban on the sales of new petrol and diesel cars by the end of the decade.

Headline: New Zealand Admits It Can No Longer Get Rid Of Coronavirus

New Zealand has acknowledged what most other countries did long ago: It can no longer completely get rid of the coronavirus. Since early in the pandemic, New Zealand had pursued […]