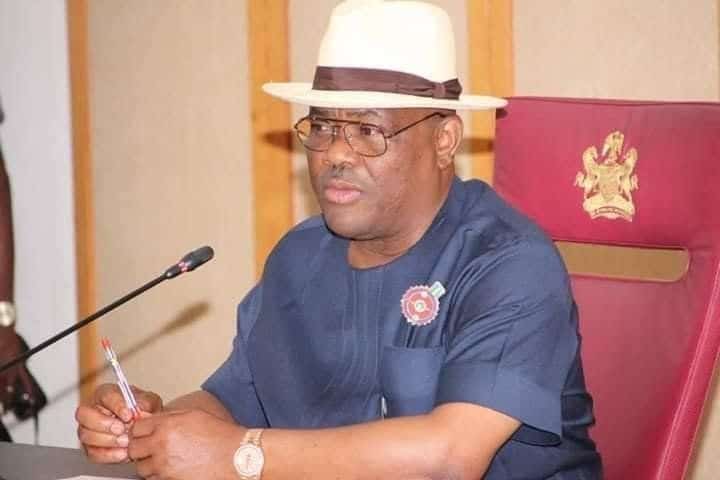 Rivers State Governor, Nyesom Wike, has said his criticism of the National Working Committee of Peoples Democratic Party should not be misunderstood to mean that there is an irredeemable crisis in the party.

The governor said he will “continue to speak out against perceived abnormalities in the PDP to ensure it does not die”, maintaining that he “lacks the capacity to decamp to another political party, particularly, the All Progressives Congress”

Wike clarified this when friends and political associates paid him a surprise visit, to felicitate with him and his wife, Justice Suzzette Eberechi Nyesom-Wike on his birthday at the Government House, Port Harcourt, Sunday night.

According to a statement by his media aide, Kelvin Ebiri, governor Wike was quoted to have said as a founding member of the PDP, he will continue to speak against whatever is militating against the progress of the party, irrespective of who is in charge of the NWC.

Furthermore, the Governor said he has experienced several persecutions in his political journey and cannot imagine if any other governor had been fought like him and survived.

Wike added that he will continue to stand on the path of truth to defend the interest of the state. According to him, anyone who is opposed to the interest of Rivers state will never be considered a friend by him.

The Governor used the occasion to further acknowledge God’s kindness towards him and his family, particularly, for the privilege to become the governor of the state, saying his preoccupation has always been to use every opportunity he has in public service to advance society and improve the people’s quality of life.

He also dismissed insinuation that he is concentrating development in Port Harcourt, the State capital, “I want to challenge anyone to tell me which local government that you can’t find the presence of our government. I can tell you exactly what we’re doing in each local government.

Omah Lay and Tems, two fast-rising Nigerian singers, have been charged to court in Uganda for disregarding the protocols put in place by the country’s government to curb the spread […]