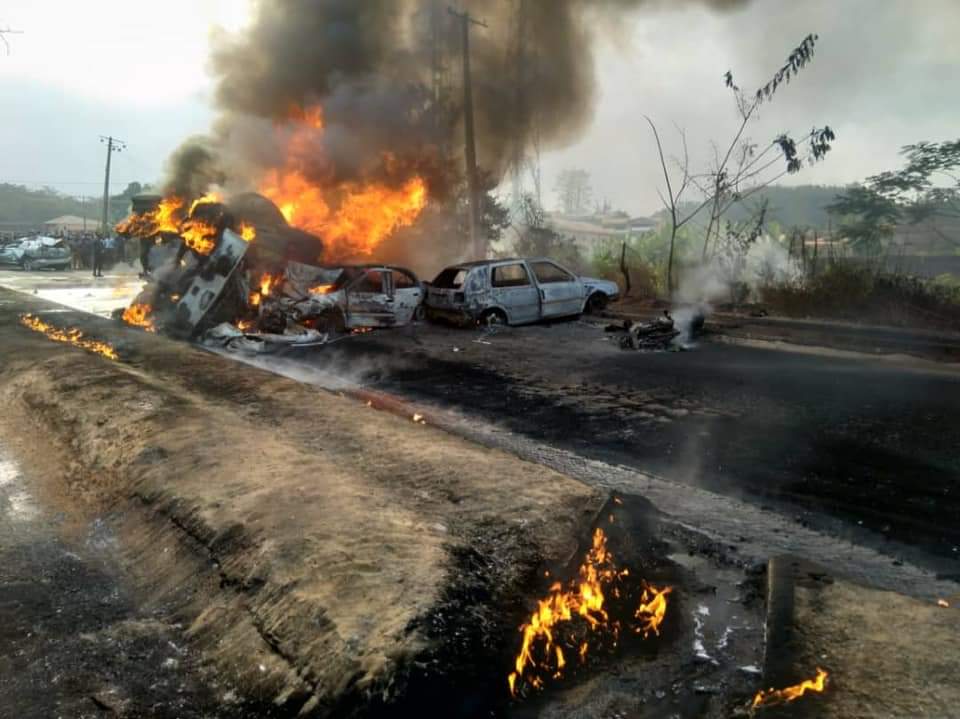 Three persons has been confirmed dead in an explosion after a fuel tanker exploded on Ibrahim Babangida Boulevard in Abeokuta, Ogun state in the early hours of today.

According to an eyewitness, the fuel tanker fell and emptied its content after a break failure which caused the explosion.

He added that at least five vehicles and one motorcycle were burnt in the fire.

The state’s Commissioner for Special Duties, Femi Ogunbanwo said that a number of people who suffered varying degrees of injuries and have been taken to the hospital,

After which he said “Incidents like this nature will always happen and we are always on top of it in the procurement of equipment and even fire tenders,”.

The state fire service, men of the civil defence, and other security operatives have since put the situation under control.