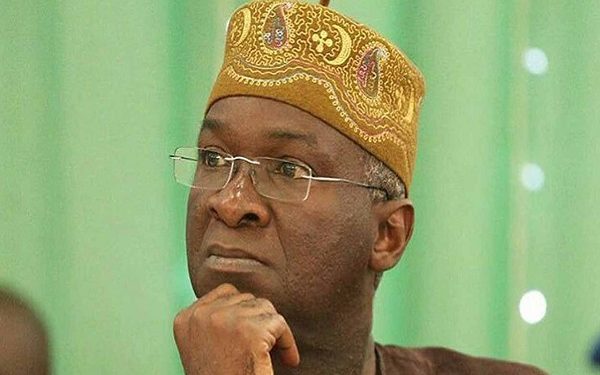 Babatunde Fashola, the minister of Works and Housing on Tuesday called on the All Progressives Congress (APC) to respect its zoning formula in picking its presidential candidate for the 2023 elections describing the
decision as the core of the agreement reached by APC founding fathers before the 2015 elections.

Fashola’s statement comes at a times when there is controversy on whether power will shift to the South after President Muhammadu Buhari would have completed his two terms in 2023.

Furthermore, the defection of Ebonyi State Governor David Umahi’s defection from the PDP to the APC has spurred discussion on zoning.

Umahi’s reason for defecting is because according to him, the PDP is not keen and had never zoned the Presidency to the Southeast since the restoration of civil rule in 1999.

Also, Caretaker Committee Chairman and Yobe State Governor Mai Mala Buni’s led leaders of the APC to visit former President Goodluck Joanthan. This action has provoked speculations that the ruling party might be wooing Jonathan to defect and become its standard bearer in 2023 because of the attraction that he is not eligible to spend more than one term if he is re-elected.

Fashola, who was Lagos State governor when the APC was founded and a critical stakeholder at the time told reporters covering the APC, during their visit to his office: “The truth is that what makes an agreement spectacular is the honour in which it is made, not whether it is written. If it was written, there would be no court cases of breach of contract because it’s a document that is written and signed that go to court.

“The private agreement you make with your brother and sister should not be breached. It must be honoured.”

The serving minister admitted that zoning is not in the party’s constitution but insisted that the party leaders had agreement on zoning when the party was being formed.

There is no categorical provision for presidential zoning in the APC Constitution. The nearest to zoning is implied in Article 20 which states: ‘Election and Appointments (iv) Criteria for Nomination (6); it states that: “All such rules, regulations and guidelines shall take into consideration and uphold the principle of federal character, gender balance, geo-political spread and rotation of office, to as much as possible, ensure balance within the constituency covered.”

Fashola speaking of PDP said the opposition party is no match for the APC in future elections.

He said: “Our opponents (PDP) have to think better than us in order to defeat us. Right now, they are not doing that. When it’s election time, they should come and meet us.

“Some governors have joined us, from where we think we could not get voters before now. To retain power in 2023, certainly, if we keep our promises, people will vote for us. It is that simple, that is politics.

“If you do what you said you will do, even if you don’t do 100 per cent and they see that you are making progress, they will even want you to finish what you started.”

Fashola urged party members to support the Mala Buni-led Caretaker/Extra-Ordinary Convention Committee (CECPC), which he described as a product of necessity.

He noted that the leadership crisis that engulfed the party paved the way for the caretaker committee.

“Let’s be ready to support one another. Every support that the caretaker committee requires, we will provide, if it is within our means to do so. At the end of the day, we are governed by rules,” he said.

Tesla CEO, Elon Musk’s has overtaken the co-founder of Microsoft, Bill Gates to become world’s second richest man. According to the Blomberg Billionaire Index, Elon’s net worth hit a high […]