Coronavirus Pandemic ‘A Long Way From Over’, WHO’s Tedros Says 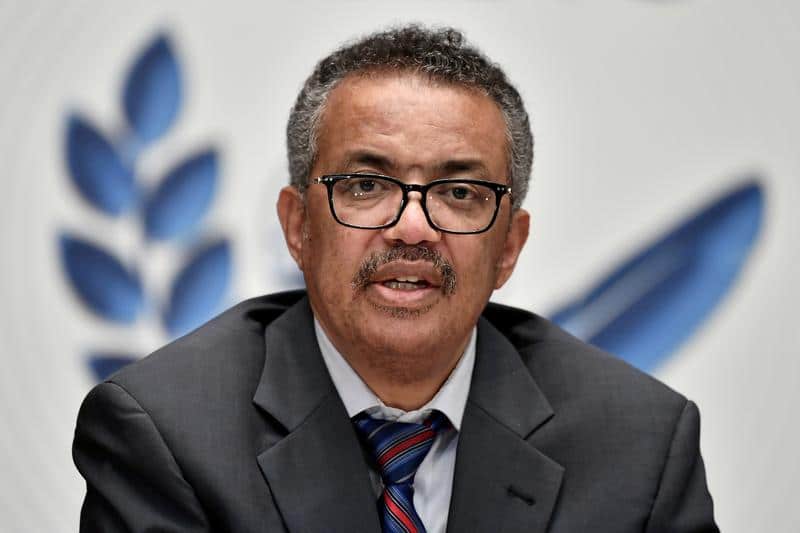 The Director-General of the World Health Organisation (WHO), Tedros Adhanom Ghebreyesus said on Monday that confusion and complacency in addressing COVID-19 means the pandemic is a long way from over.

But he added that it can be brought under control in months with proven public health measures.

So far some 780 million vaccines have been administered globally, but measures including wearing masks and maintaining physical distancing must be applied to reverse the trajectory.

“We too want to see societies and economies reopening, and travel and trade resuming,” Tedros told a news briefing.

“But right now, intensive care units in many countries are overflowing and people are dying – and it’s totally avoidable.”

“The COVID19 pandemic is a long way from over. But we have many reasons for optimism. The decline in cases and deaths during the first two months of the year shows that this virus and its variants can be stopped,” he added.

Transmission was being driven by “confusion, complacency and inconsistency in public health measures.”

India has overtaken Brazil to become the nation with the second highest number of infections worldwide after the United States, as it battles a massive second wave, having given about 105 million vaccine doses among a population of 1.4 billion.

“We are at a critical point in the pandemic now, the trajectory of this pandemic is growing for the 7th week in a row,” said the WHO team leader on COVID-19, Maria van Kerkhove.

Noting that there had been a 9% rise in cases last week, the seventh consecutive week of increases, and a 5% rise in deaths, she added: “If you look at the epi (epidemic) curve and the trajectory of the pandemic right now, it is growing exponentially”.

The WHO Chief said that in some countries, despite continuing transmission, restaurants and nightclubs were full and markets were open and crowded with few people taking precautions.

“Some people appear to be taking the approach that if they’re relatively young, it doesn’t matter if they get COVID-19,” he said.

Governor Nyesom Wike recently advised politicians in the country not to make promises they can’t fulfill to the people. “The time has come that we can no longer listen to […]