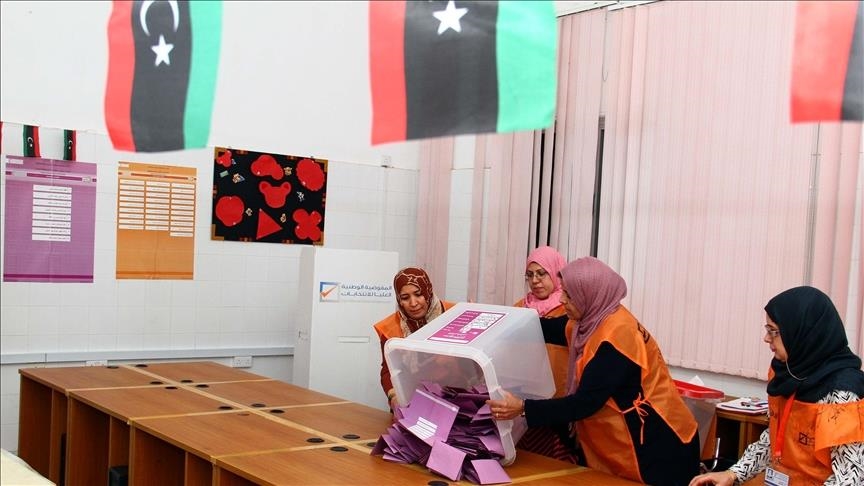 Libya’s electoral commission said Tuesday that 98 candidates, including two women, had registered to vie for the presidential election scheduled for December.

“The candidate registration platform has received the papers of 98 candidates who met the conditions,” the head of the electoral commission, Imad al-Sayeh, told a Tripoli press conference.

Among the most notable hopefuls are Seif al-Islam Kadhafi, the son of slain dictator Moamer Kadhafi, and Khalifa Haftar, leader of the self-styled Libyan National Army in control of the country’s east and parts of the south.

Also in the running are former interior minister Fathi Bashagha and Prime Minister Abdulhamid Dbeibah of the interim, UN-brokered Government of National Unity.

Only two women have stepped forward as candidates: Laila Ben Khalifa, 46, the president and founder of the National Movement party, and Hunayda al-Mahdi, a researcher in the social sciences.

The polls come as the UN seeks to end a decade of violence that has rocked the oil-rich nation since a NATO-backed uprising removed and killed Kadhafi in 2011.

The final candidates list will be published within 12 days, once verifications and appeals are completed, said Sayeh, a day after the deadline for submitting applications.

The commission “will pass on the papers to the prosecutor general, the department of passports and nationality and to the General Intelligence” to ensure candidates comply with the electoral law.

Registration for Libya’s first-ever direct presidential poll on December 24 took place in three commission offices, in Tripoli in the west, Benghazi in the east and Sebha in the south.

More than 2.8 million of Libya’s seven million people are registered to vote.

The head of the electoral commission said that so far “more than 1.7 million voters have received their (voting) cards”.

The Kremlin said on Tuesday that Russian President Vladimir Putin will host the leaders of Armenia and Azerbaijan this week, days after some of the worst fighting between the Caucasus […]