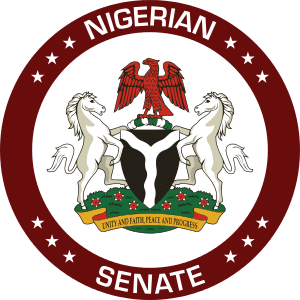 The 2020 finance bill has passed first and second reading at the senate.

The bill which seeks to reduce import levy on buses, tractors and other motor vehicles passed first and second reading on Wednesday after it was given special consideration by the senators.

President Muhammadu Buhari had in a letter asked the national assembly to pass the bill which was only read on the floors of the house of representatives and senate on Tuesday.

Normally, when a bill is read for the first time, a day is fixed to debate the general principles of the legislation after which it will be passed for second reading.

However, Yahaya Abdullahi, senate leader speaking at the senate on Wednesday, said special consideration should be given to the bill because of its importance to the economy.

While leading his colleagues to debate the bill, Abdullahi said the legislation is seeking to “provide fiscal relief for taxpayers by reducing the applicable minimum tax rate for two consecutive years of assessment.”

The senate leader said the bill is also seeking to amend the procurement act to implement key procurement reforms previously proposed by the national assembly in 2019.

“There is a new section 32 which provides that no tax shall apply to any trade or business transferred to a Nigerian company for the purposes of better organization of that trade or business.

“Section 4 of the Value Added Tax (VAT) act has been amended by increasing the value added tax payable by consumers from 5% to 7.5%. Section 19 increased the penalty payable by a taxable person for non-remittance within the specified period from 5% to 10%.

“Under section 28, the penalty for failure to give notice of change of address or permanent cessation of business was increased from N5,000 to N 50,000 in the first month and N25,000 in subsequent months.

“There is a new section 8 of the VAT Act to cater for the registration of a taxable person upon commencement of business.

Abdullahi also said the bill also seeks to boost small and medium scale enterprises by reducing tax burden on them.

In his contribution however, Ike Ekweremadu, senator representing Enugu west, said the bill must not be hurried.

“It is important that we put it to a public test and see what the Nigerian people will say. We must ensure that the people of Nigeria are carried along,” he said.

The bill passed second reading after it was put to a voice vote by Senate President Ahmad Lawan.

Pope Francis has condemned the killing of farmers in Borno state, Nigeria. On Saturday, more than 40 farmers were killed in Zabarmari area of Jere local government council of the […]