Michael B. Jordan Stars As A Soldier and Father In Denzel Washington’s A Journal For Jordan 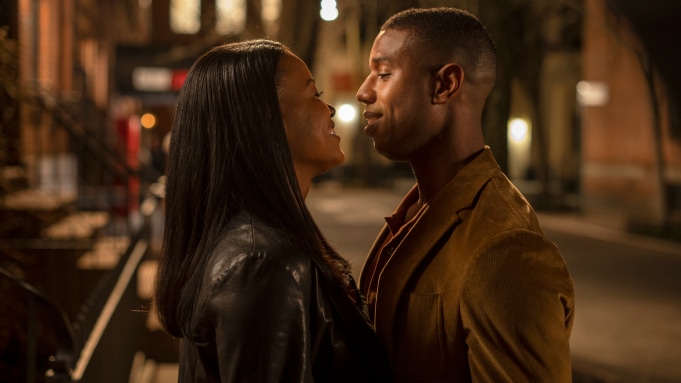 Michael B. Jordan is collaborating with Denzel Washington for his upcoming movie.

On Wednesday, the trailer for A Journal for Jordan debuted online starring Jordan as Sergeant Charles Monroe King, a soldier deployed to Iraq who begins to keep a journal of love and advice for his infant son.

Based on a true story, the film is directed by Washington and also stars Chanté Adams as Dana Canedy, a New York Times editor who reads King’s journal to their son.

“Just take one look at your mother, that will tell you what I think beautiful is,” King writes to his son Jordan in the journal. “Love is a choice, Jordan, and real love means you have to sacrifice but pain is temporary, real love lasts forever,” he writes.

Jordan, 34, shared the trailer on Instagram, writing in the caption, “A once-in-a-lifetime love. It’s not often you get a chance to be directed by one of your idols, in Denzel Washington. @chantee__ I think we got one! @ajournalforjordan hittin theaters this Christmas.”

The actor told USA Today that taking a break from film franchises like Without Remorse and Creed was “a good change of pace” for him.

“I’ve done a lot of physical roles because that’s been my appetite,” he said. “I’m 34; the last seven years has been [about] physically developing into your sweet spot.”

But starring in A Journal for Jordan was a chance “to explore these characters and to be vulnerable in that type of way.”

Jordan described the experience of Washington who is his director as “a master class of character development and directing.”

“Everybody wants to work with him, and he’s a very selective guy,” Jordan said. “So the fact that he wanted to work with me was a huge deal for me.”

A Journal for Jordan is exclusively in movie theaters on Dec. 25.

Click on the link to watch the trailer https://youtu.be/D3PbH8xYQY8

Tagged as: Michael B. Jordan, A Journal for Jordan, Denzel Washington.

Keeping Up with the Kardashians star, Kim Kardashian is expressing gratitude for Kanye West amid their divorce. Kardashian, 40, revealed the best advice she’s gotten from West, 44, on Wednesday’s […]