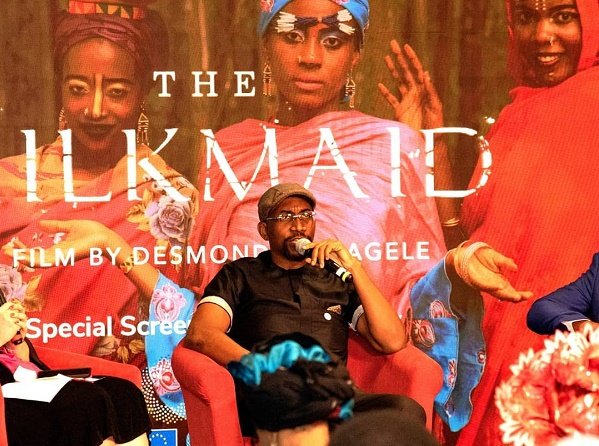 Nigerian filmmaker, Desmond Ovbiagele, says the COVID-19 lockdown imposed last year affected the setting and mode of release of his 2020 movie ‘The Milkmaid‘.

The movie producer made this known on Monday during an interview with NAN.

Nigeria had declared lockdown last year as a measure to contain the spread of the COVID-19.

The directive had grounded several sectors of the economy including the entertainment industry until it was eventually reversed.

But according to Ovbiagele, the period afforded him ample opportunity to do in-depth research into the concepts used in the movie which enhanced its quality of production.

“Also the lockdown period afforded me time for some internal soul searching to find out what sort of story I want to tell, the style, voice and to put pen on paper to articulate my thoughts into a number of scripts.

“I am looking to get the scripts which I was able to write during the lockdown into production as soon as I can and resources are available. Time will tell if they become blockbusters but they are stories which I feel passionate about,” he said.

The movie has continued to pull the strings since its release, attracting positive reviews, awards and recognition.

‘The Milkmaid’ is also the only movie selected to represent the country for the ‘Best International Feature Film’ category of the 93rd Academy Awards.

It won the ‘Best Film’, ‘Best Film in an African Language’, ‘Achievement in Makeup’, and ‘The National Film and Video Censors Board (NFVCB) Award for Best Nigerian Film’ categories at the 2020 Africa Movie Academy Awards (AMAA) held in December.

Ovbiagele, commenting on the development expressed optimism that the movie would chart a new course for the country’s movie industry in the international landscape.

“I hope the film would certainly contribute to bridging that gap between Nollywood and the international film industry,” he added.

“Obviously just by the nature of its honour of being selected, and the platform that the selection has provided for the film to be shown in so many channels and outlets where Nigerian films may not necessarily have been shown.”

2022 World Cup To Be Played In Full Stadiums, Says Qatar