Why i can’t Be with a woman – Don Jazzy 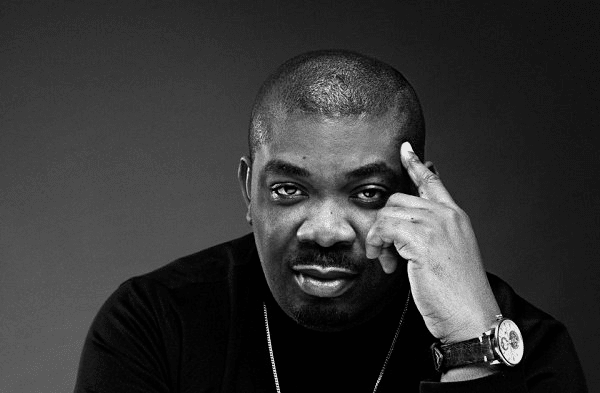 Nigerian Music Producer Better Known As Don Jazzy, Has Revealed Why He Can’t Be In A Relationship With Just One Woman.

The 38-year-old singer spoke about his love life during a recent interview on ‘The Nancy Isime Show’.

The music producer disclosed that he is not strong enough to be committed to only one woman without getting attracted to others.

While commending those who stay committed in their relationships, he admitted that being with one woman will not stop him from admiring other “beautiful ladies”.

“I don’t believe I’m strong enough to be with one person, so I think people will run away from me being truthful. I will not be dating you and telling you that you are the only person,” he said.

“Some people have the strength, once they are attracted to somebody, the thing that makes you get attracted to other people will turn off.

“I hail you people but…You are a beautiful lady, but it doesn’t stop me from admiring madam over there. She’s still beautiful too.”

Don Jazzy has been described as one of the “most eligible bachelors” in the country’s entertainment industry, with many looking forward to the day he finally settles down.

He recently declared himself a member of the ‘Stingy Men Association (SMA)’.

Last November, the Mavin record boss agreed to go on a date with Nazo Ekezie, Nollywood actress, following a request by the lady.

Ngozi Okonjo-Iweala has been appointed as the director-general of the World Trade Organisation (WTO). Okonjo-Iweala’s appointment was announced on Monday by the Geneva-based organisation. More to follow…