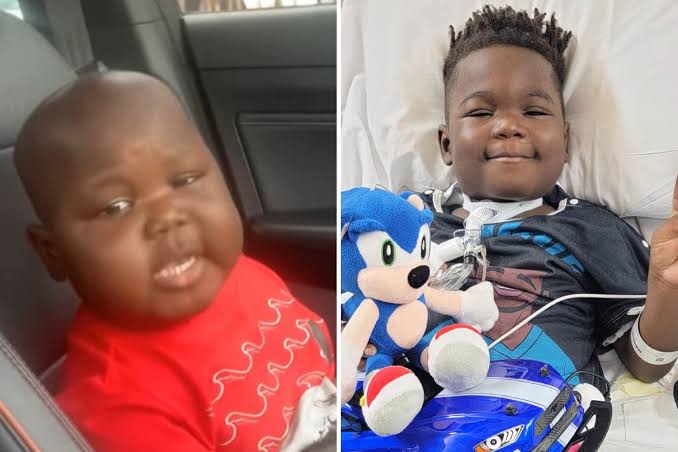 Antwain Fowler, the American child who became popular as a foodie after his viral video, is dead.

Fowler went viral following a comic video where he famously asked “where we about to eat at?”.

News of his death was confirmed in an Instagram post that appeared to have been written by his mother, China.

“The pain in my heart is like no other Why God! Never in a million years. My heart is out my chest!” the post, which, succeeded videos of Fowler on a hospital bed, read.

Fowler, aged six, got the attention of thousands with his hilarious clips that fueled Twitter reactions.

It is unclear what he died from but he was filmed in the hospital by his mother over the last few months.

According to a Go Fund Me page opened in his name, Fowler has been battling autoimmune enteropathy, a rare immune condition that inhibits the body’s ability to absorb nutrition, since 2015.

“Antwain has been hospitalized a countless number of times due to his poor condition,” the fundraiser read.

“Antwain has undergone over 25 surgeries. Like normal infants, Antwain was unable to drink milk, or eat solid foods during his earlier childhood.”

Another clip for which Fowler is well known is his “is that me” video, where he points to a front-facing camera and questions if the child in the reflection is him.

Nigerian singer, David Adeleke, popularly known as Davido, on Monday vowed to make sure that children in orphanages benefit from his N250m donation. The singer said this as some fans […]