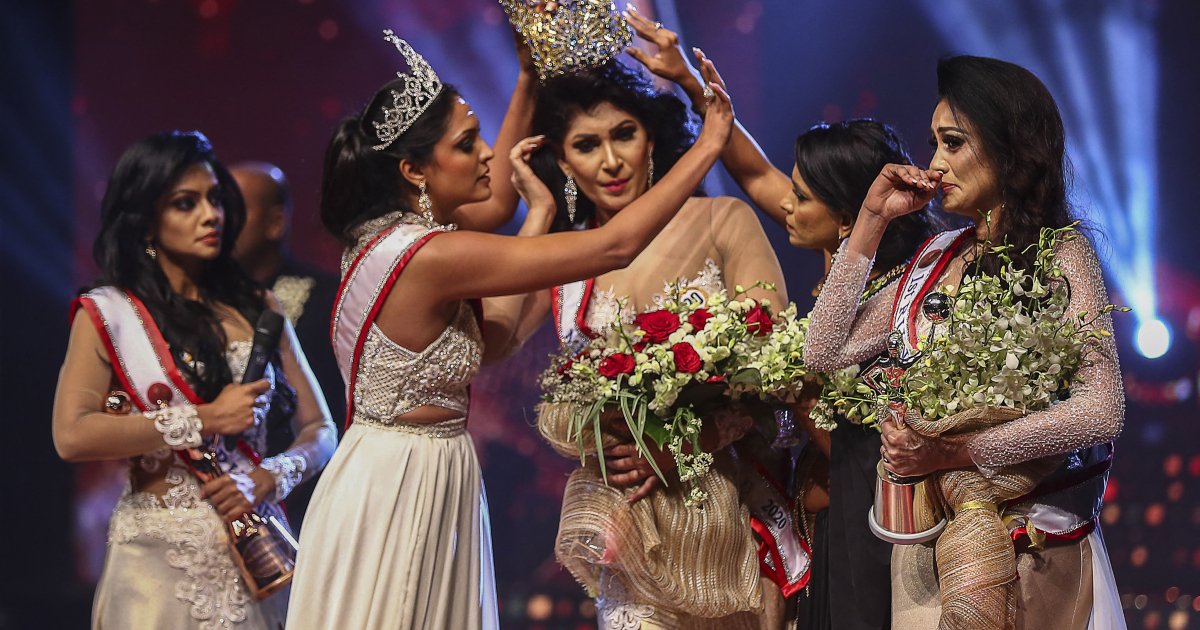 The current Mrs World has been arrested by Colombo police on charges of assault over an on-stage fracas in which she pulled the crown off the head of the new Mrs Sri Lanka.

Caroline Jurie removed the crown off Pushpika de Silva some minutes after she was declared Mrs Sri Lanka 2020 at a gala at Colombo’s Nelum Pokuna Theatre on Sunday.

Jurie was the previous year’s Mrs Sri Lanka and had gone on to win the Mrs World competition.

De Silva needed hospital treatment after the incident, seen by stunned spectators in a packed theatre as well as a live social media audience.

“We have arrested Jurie and [her associate] Chula Manamendra in connection with a charge of assault and causing damage to Nelum Pokuna [theatre],” senior police official Ajith Rohana said.

“I tried to end this out of court, but she has refused,” de Silva said. “I can forgive, but not forget.”

There was no immediate comment from Jurie or her lawyer.

Police sources told AFP news agency a court hearing was likely next week and Jurie and her associate, who crashed onto the stage on Sunday, could be granted bail later on Thursday.

The incident
Jurie had come onto the stage claiming that de Silva was divorced and therefore not eligible for the prize.

To qualify for the title, contestants must be married. De Silva is estranged from her husband, but they are still legally married.

Organisers said they were claiming compensation from Jurie for damages to the stage and backstage dressing rooms where several mirrors had been smashed.

Jurie has also been accused by organisers of bringing disrepute to the event.

The local franchise holder for the pageant, Chandimal Jayasinghe, said they were “deeply disturbed and sincerely regret” Jurie’s behaviour.

We Won’t Vote Anyone Without Plans To Reform Police, Reekado Banks Says

Reekado Banks says Nigerians will not vote for anyone without concrete plans to reform the country’s police force in 2023. The singer’s comment comes as a reaction to a claim […]