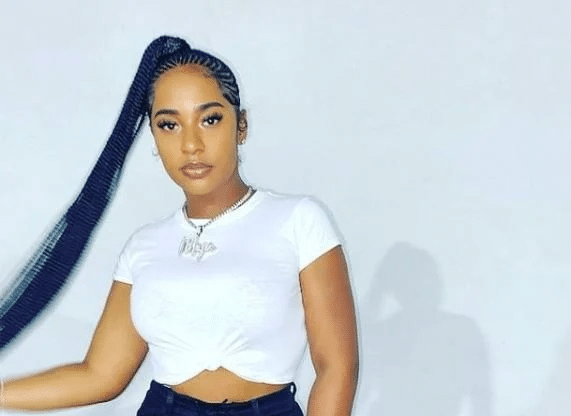 Ever since she was spotted holding hands with the ‘OBO’ crooner in February, the spotlight has continued to beam on the 22-year-old model.

On Tuesday, the rumoured affair between the duo garnered more reactions when pictures of the pair kissing themselves surfaced online and went viral.

According to TheCable Lifestyle, her account has been deactivated with a blank page reading “sorry, this page isn’t available” displaying.

It remains unclear why she deactivated the account — which has almost 270,000 followers with 181 posts — as of the time of this report.

The YouTuber is said to have previously dated Young M.A, American rapper.

Chioma Avril Rowland, Davido’s fiancée, has become the subject of discussions on social media platforms amid the rumoured affair between the ‘Jowo’ singer and the model.

The award-winning singer met Chioma while he was studying economics at Babcock University.

Last year September, Davido had proposed to her, which was followed by a low-key introduction ceremony. They would later welcome their first child — a baby boy — in October.

The music star had originally announced plans to get married to Chioma in 2020 but later postponed the wedding to a yet-to-be-revealed date.

Nigerian gospel singer, Osinachi Joseph, popularly known as Sinach, is ready to stream ‘A Celebration of Joy’, her latest album, during a live YouTube concert to celebrate this year’s Easter. […]