Adele: I Was Embarrassed By My Divorce 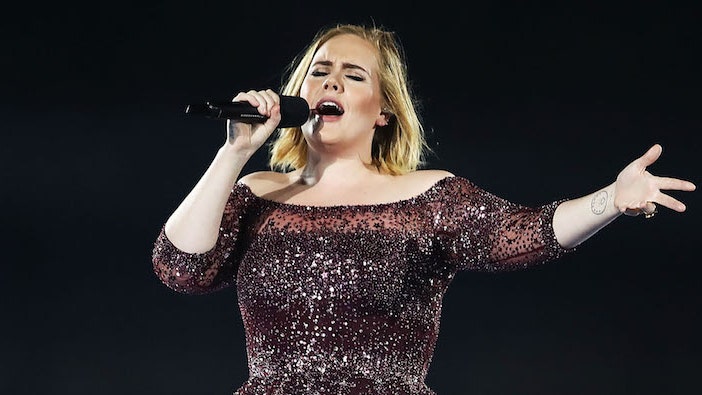 English singer-songwriter, Adele has opened up on some of the issues about her divorce with Simon Konecki, which was finalised in early 2021.

The multiple Grammy winner spoke on some private topics and lay them bare in an interview with Oprah Winfrey on Sunday.

The ‘Rolling In The Deep’ crooner admitted that she had always been “obsessed with a nuclear family my whole life” and was “embarrassed” by her divorce to Konecki.

The duo had been together for seven years before they parted ways in 2018.

Adele also said that the separation left her feeling she had “disrespected” the idea of marriage.

“I’ve been obsessed with a nuclear family my whole life because I never came from one,” said the 33-year-old singer, whose father left home when she was just aged 2.

“From a very young age [I] promised myself that, when I had kids, we’d stay together. And I tried for a really, really long time.”

She further said the “terrifying anxiety attacks” after the split led her to adopt an exercise regime that led to her losing 100 pounds in two years.

Speaking on what led to the divorce, the singer said she knew a split was inevitable after taking a glossy magazine’s personality test and discovering she wasn’t happy or living while in the marriage.

“What’s something that no one would ever know about you? I’m really not happy. I’m not living. I’m just plodding along,” the pop star said.

“I take marriage very seriously… and it seems like I don’t, now. Almost like I disrespected it by getting married and then divorced so quickly. I’m embarrassed because it was so quick.”

The new project comes as Adele’s first since 2015 and will be her fourth album.

She added that the album will chronicle “the most turbulent period of my life.”

#EndSARS Panel: Killing Of Protesters At Lekki Tollgate Can Be Likened To A Massacre