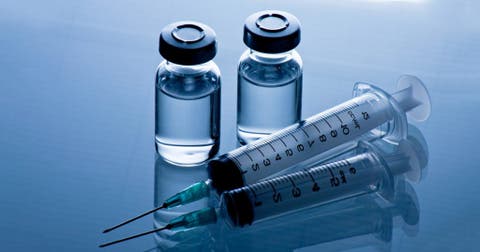 With the hope that it will help tackle surging cases and ease pressure on creaking health services, Britain on Wednesday became the first country in the world to approve AstraZeneca and Oxford University’s low-cost Covid vaccine.

The independent Medicines and Healthcare products and Regulatory Agency (MHRA) said a roll-out was set for January 4 after the vaccine “met its strict standards of safety, quality and effectiveness”.

Britain has already approved the Pfizer/BioNTech vaccine for general use, and some 800,000 people have received the first dose in the country’s biggest-ever vaccination drive.

But as daily Covid infection rates hit record highs, the government is relying on the Oxford/AstraZeneca jab, which is cheaper to produce, and easier to store and transport.

Unlike the Pfizer-BioNTech vaccine, it does not require ultra-low freezing temperatures and can use normal refrigerated supply chains, making it a more attractive proposition globally.

The partners, who have described it as a “vaccine for the world”, hope to make up to three billion doses in 2021 having promised to provide it for not-for-profit to developing nations.

The Oxford/AstraZeneca vaccine is based on a weakened version of a common cold virus (adenovirus) in chimpanzees which has been genetically changed to stop Covid-19 replicating in humans.

It delivers genetic cargo into cells, giving them instructions on how to fight SARS-CoV-2.

He predicted trials would show his firm had achieved a vaccine efficacy equal to Pfizer/BioNTech at 95 per cent and Moderna at 94.5 per cent.

Initial large-scale trials in which volunteers in the UK and Brazil were given two full doses showed 62 per cent effectiveness.

For volunteers who received a half-dose first and then a full dose one month later, however, the vaccine was found to have 90 per cent efficacy.

But regulators have advised two full doses as they believe an extended interval between shots may be responsible for the increased efficacy, not the reduced dosage.

Critics have also pointed out the scarcity of data on its effectiveness among older people.

“More data will be coming online in early 2021,” said Pirmohamed.

“For data that was available, there was indication that the vaccine was effective in older people as well,” he added.

The scientist also said there was “no data” to suggest it would not work against the new strain.

Saraki: We didn’t confirm some of Buhari’s appointees Out Of “due Diligence”

A former president of the senate, Bukola Saraki says the senate under his leadership did not confirm some appointees of President Muhammadu Buhari out of “due diligence”. Saraki made this […]