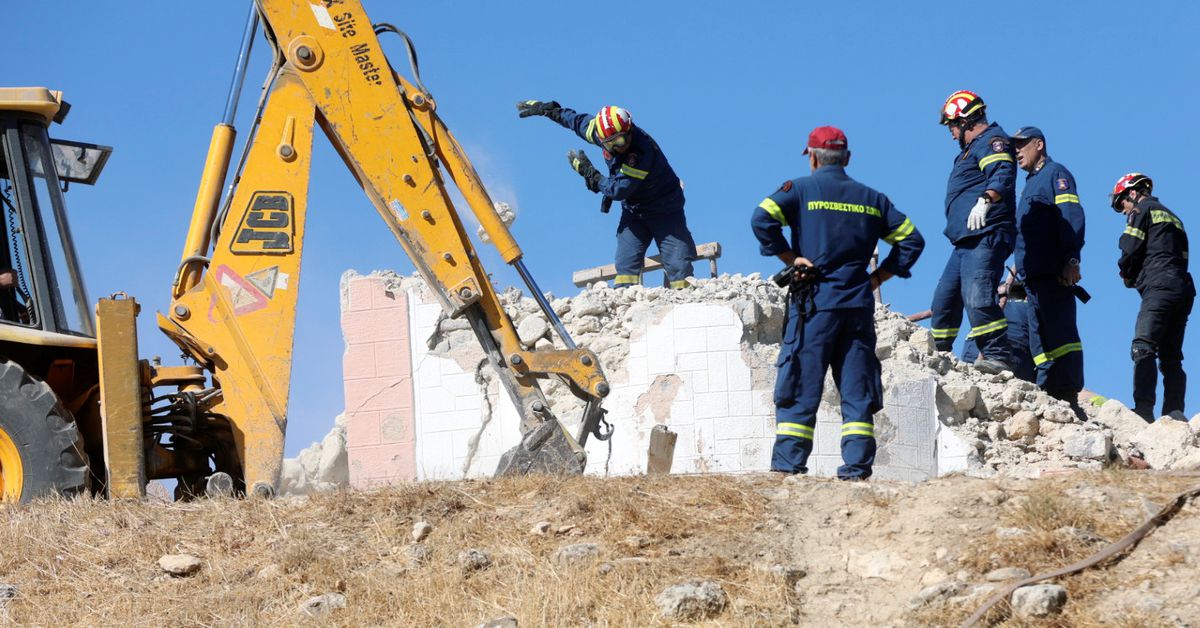 A strong earthquake measuring 5.8 shook Greece’s largest island Crete on Monday and one person was killed when a church dome collapsed, authorities said.

The quake, which evicted people from their homes and public buildings and caused considerable damage, was described by a Greek seismologist, Efthymios Lekkas, as a “thunderbolt” with strong aftershocks.

According to a police official, a man was killed when the dome of a church in the town of Arkalochori caved in during renovation works.

Civil protection authorities said nine people were injured in the quake, which damaged many buildings.

The tremor prompted many people in Crete’s main city Heraklion to rush outdoors. Schoolchildren were told to leave their classrooms, gathering in schoolyards and town squares.

“It felt quite strong and lasted many seconds,” a local mayor told Skai television.

The Athens Geodynamic Institute said the quake’s magnitude reached 5.8 and its epicentre was 23 kilometres (14 miles) northwest of Arvi in southeastern Crete, at a depth of 10 km.

Berlin To Get First Female Mayor

The Social Democrats (SPD) candidate Franziska Giffey will become the first female mayor of the German capital, Berlin. This comes after the party won the regional election to lead the […]