An Essay on Cyber Bullying. 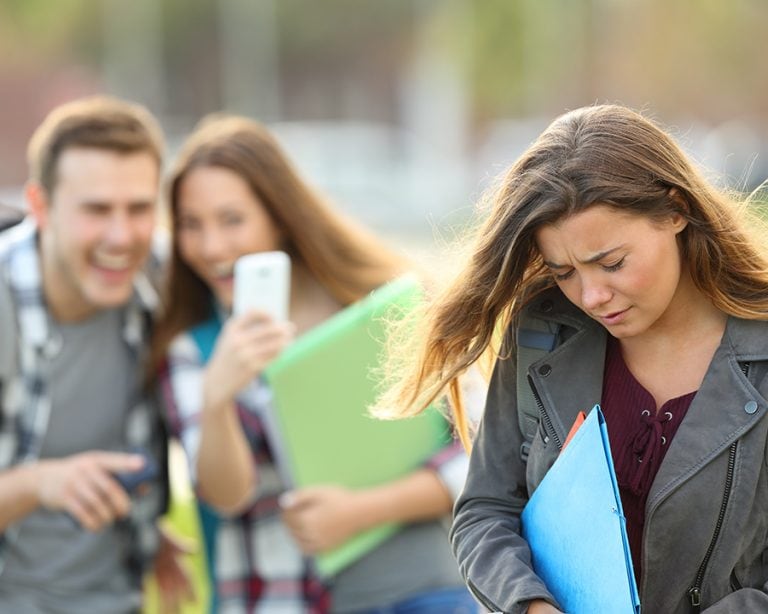 Andrea Lopez was a Mexican Immigrant attending high school at the Riverdale Collegiate Institute in Canada. Having successfully migrated to Canada, she thought the best was yet to come for her.

Andrea had a problem in school and it was the inability to blend in and the girls in her class did not help matters.

They were pretty little savages in cute mini skirts, strutting the hallway, always the centre of attention.

Andrea was always at the middle of their bullying spree.

Somehow, they got to know she was living with her drunk of a father in a shack called home.

Andrea had to do all sorts of odd jobs to balance the cost of her education and family upkeep.

These bullies made life miserable and unbearable for her in the school, the streets and surprisingly, the internet.

They frequently threw jibes at her made fun of her poor dress sense, different accent and her geeky-looking appearance.

The only friend Andrea had was Whitney. She confided in her but something was missing in Andrea’s life- perhaps it was the absence of a mother.

Andrea was a walking volcano, filled with molten rage, waiting to erupt.

To express overwhelming emotional distress, Andrea would occasionally cut herself in different places. Antidepressants were always at her bedside.

And so it was, that Andrea’s body was found, washed up on the sea shore.

Surveillance footage revealed that at exactly 11:00pm the previous day, a lone figure walked towards the beach.  It didn’t stop at the edge of the sea shore, it didn’t stop to inhale the night breeze nor did it stop to  listen to the conversation the waves made, perhaps they would have saved her.

Like one in a trance, she moved into the water, disappearing from sight.

Cyber bullying is a form of bullying using electronic media. This is also known as Online bullying, increasingly common among teenagers as the world keeps advancing in technology.

This act takes place on the internet, on social media using digital devices like cell phones, computers, tablets and other electronic devices.

It involves sending, posting or sharing hurtful and negative content about someone. The aim is to hurt the victim and cause them the highest form of human degradation.

With the dominance of social media, where everyone sees everything posted on social media from any part of the world, posting hurtful content about someone can be seen by millions of people almost immediately and this could cause permanent damages to the victim’s reputation.

The effects of Cyber bullying are dire and very unpleasant. The victim experiences anxiety, fear, depression, low self-esteem, emotional and psychological distress, etc. Sometimes, they tend to struggle academically as some would eventually be school dropouts.

When Cyber bullying occurs, it is advised that the victim cuts themselves off from social media. But for teens, this would mean going incommunicado with friends and family. These electronic devices are one of the most important ways they communicate with others. Going off would make them feel secluded, cut off from the world.

Andrea’s story may be a concocted one but very much likely to be the case of some unfortunate victims.

Research has shown that approximately 34% of students report experiencing cyber bullying during their lifetime (Hinduja & Patchim, 2015).

Current research suggests that harbouring the thoughts to commit suicide and attempts among adolescents have nearly doubled since 2008( Plemmons et all., 2018), making suicide the 2nd leading cause of death for individuals 10-34 years of age(CDC, 2017).

For those in the throes of Cyber bullying, it is imperative you know that your life is yours to live. Facing the issue head-on is the way to go. Come to terms with the situation, change the way you view yourself and you would be on your way to recovery. Be patient with yourself because there would always be light at the end of the tunnel.