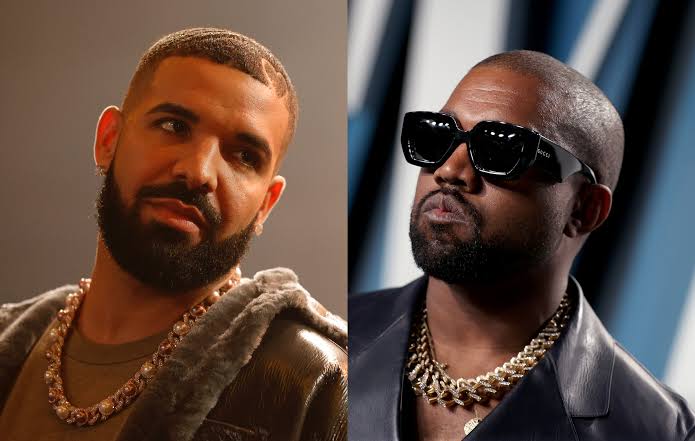 American rap mogul, Kanye West has called on his colleague, Drake, to put an end to the current rift going on between them.

Now known officially as Ye, West made this call on Tuesday in a video posted on Twitter by Texas-based music executive, J Prince.

He said, “I’m making this video to address the ongoing back-and-forth between myself and Drake. Both Drake and I have taken shots at each other and it’s time to put it to rest,” Ye said, while reading from a phone.”

West who is also a force to reckon with in the American fashion industry asked Drake to perform with him next month where he would be campaigning for the release of Larry Hoover, who is currently serving several life sentences for murder and running a continuing criminal enterprise.

“I’m asking Drake on December 7 to join me on stage as a special guest to share the two biggest albums of the year live in Los Angeles with the ultimate purpose being to free Larry Hoover. I believe this event will not only bring awareness to our cause but prove to people everywhere how much more we can accomplish when we lay our pride to the side and come together.” he continued.

Both artistes have been at loggerhead for years and their feud escalated this year when both released their record-breaking albums in which they seemingly took shots at each other.

In December 2018, Ye in a Twitter thread expressed his anger against the rapper for following his wife, Kim Kardashian on Instagram.

He also mentioned the fact that Drake seemed to have referred to his wife based on her nickname “Kiki” in his song, In My Feelings.

“You know, if I had a girlfriend from Chicago, her name was Renita and then you were married to Rihanna, I wouldn’t make no song called ‘Riri,’

“So, when you’re like, ‘I don’t know where it comes from!’ You’re too smart for that, bro. You know where that comes from. Don’t make no record with nothing that could be confused,” he said in an Instagram post.

The rappers’ feud continued in 2021 after Ye reportedly posted Drake’s Toronto address via his Instagram page in August.

Nollywood actress, Damilola Adekoya, better known as Comedian Princess, has called out her colleagues in the entertainment industry who have “refused to support” her forthcoming show. In a two-minute video […]