Joeboy: I’m Not Encouraging Alcoholism With My Latest Song 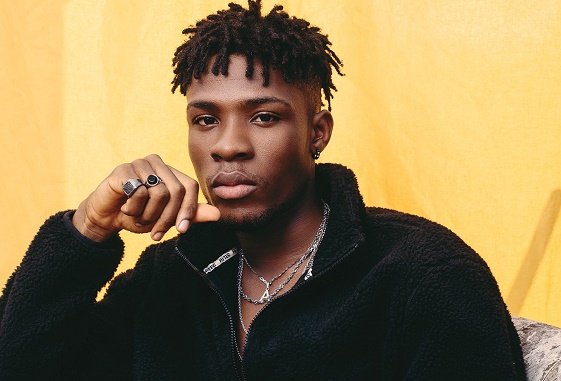 The widely criticized song in which was released in September has been considered as an explicit endorsement of drunkenness by the musician by some music lovers while others see the song as a fit for post-heartbreak situations.

But in a recent interview with Genius, the 24-year-old said he is not encouraging alcoholism in any way with the song.

He also called on his fans against getting drunk to escape from life challenges, adding that such would not address the situation.

“Being tipsy inspired ‘Alcohol’. There are different challenges in life; it never ends. There is always something one needs to fix or solve,” he said.

“I am not encouraging alcoholism in any way but I understand that people need breaks. However, trying to run away from one’s problems won’t fix them at the end of the day.”

The musician whose real name is Joseph Akinwale Akinfenwa, said the song is different from his typical sound, adding that it signifies his evolution as a singer.

“It is really special for me, seeing how big the song is becoming and how big it is going to get. It was a different step (direction) in my sound. It’s not like the regular Joeboy sound that people are used to,” he said.

“I am more or less known as a lover boy. I am not saying it’s a bad thing but I wanted to explore different sounds. Alcohol is the first step in evolving my sound.”

He also revealed that he was nervous while recording the song because he was unsure of what people would say about it.

“I was a bit nervous before the song was released because I was not sure if people were going to accept it. It is totally different from what I normally do,” he said.

“The reception has been amazing so far. It is my biggest charting song since the beginning of my career.”

The man who killed 51 Muslim worshippers at mosques in Christchurch is considering to appeal against his life sentence, adding that his guilty plea after the 2019 attack was done […]