Fela Misses Out On Rock And Roll Hall Of Fame Induction 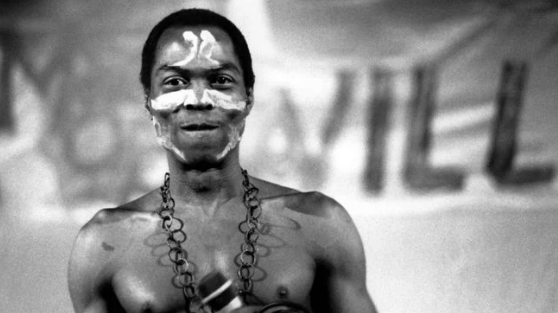 Late Afrobeat legend, Fela Kuti, has missed out on the list of the 2021 inductees into the Rock and Roll Hall of Fame which was announced on Wednesday.

The development comes despite the fact that he placed second in the fan vote category which creates a single official ballot.

The iconic singer was nominated with 15 other artistes for possible induction into the coveted institution.

However, on Wednesday, he was missing in the list of inductees.

The induction ceremony is scheduled for October 30 in Cleveland, Ohio.

In a statement on its website, the organisers explained that “the top five artists, as selected by the public, will comprise a ‘fans’ ballot’ that will be tallied along with the other ballots to select the 2021 Inductees.”

“Nominee ballots are sent to an international voting body of more than 1,000 artists, historians, and members of the music industry. Factors such as an artist’s musical influence on other artists, length and depth of career and the body of work, innovation and superiority in style and technique are taken into consideration,” it added.

The above explanation means that finishing in the top five in the fan vote category does not automatically qualify a nominee for induction.

For instance, Fela, Turner, The Go-Go’s, Foo Fighters and Iron Maiden made the top five of the fan vote category.

But only the three of them — Turner, The Go-Go’s and Foo Fighters — made the inductees’ list alongside some of those — like Jay-Z — who missed out on the top five in the fan vote category.

The development has continued to generate controversies on Twitter, with many Nigerians expressing different views on the selection process.

Joining the fray, Femi Kuti, the late singer’s son, faulted the lack of adequate enlightenment on the part of the organisers on how inductees are selected.

“Apparently there’s another vote only members can take part in, and that’s what counts. So they kind of wasted our precious time, the positive side #Fela was trending and many who never heard of him got to hear his music and his story,” he wrote on Twitter.

Apparently there’s another vote only members can take part in, and that’s what counts. So they kind of wasted our precious time, the positive side #Fela was trending and many who never heard of him got to hear his music and his story . https://t.co/xhUqFTeZiO

The organisers had earlier described this year’s nominations as the most racially diverse since 1996 with nine people of colour making the list.

“This remarkable ballot reflects the diversity and depth of the artists and music the Rock & Roll Hall of Fame celebrates,” it had said.

“These nominees have left an indelible impact on the sonic landscape of the world and influenced countless artists that have followed them.”

The Notorious B.I.G; and Whitney Houston, US gospel singer, were among those inducted in 2020.

Serena Williams crashed out of the Italian Open on Wednesday with a second round defeat to Argentina’s Nadia Podoroska. The match was the 1000th of her WTA career and it […]