Davido Releases The Best Video, Teams Up With Mayorkun 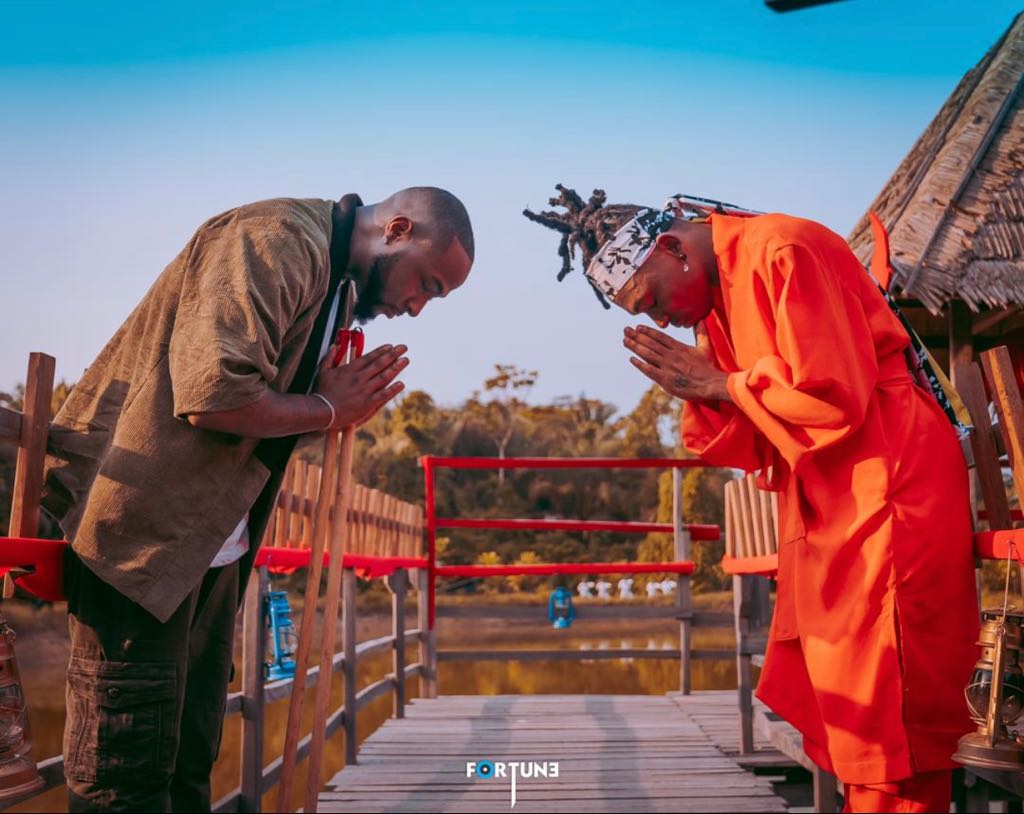 Popular singer, Davido, and his protégé, Mayorkun, have teamed up to release The Best video.

The visuals is one of the most anticipated from his most recent album, A Better Time, and the singer was adjudged to have given his best for the video.

Although Davido’s album has a lot of A-list artistes, both globally and locally, for most of his fans, The Best seems to be the best song on the album.

Shortly after the release of the album, the song made its way to various chart platforms staying on the number one spot for weeks. It seems the visuals will also receive commercial success.

The video for The Best has a Japanese Samurai theme with a cameo appearance for ace singer, Wande Coal, as his name was mentioned in the song several times.

Directed by Dammy Twitch, the visual of the song sees Mayorkun reading a scroll while on a quest. He stumbles on a damsel sitting pretty as she plays the saxophone. As he start a conversation with her, even though she is beaming with smiles and interested in talking with Mayorkun, her Shaolin guards challenged him and beat him up.

Typical of a Japanese action movie, in his quest to revenge for the beating he received, he goes to Davido’s Shaolin temple, where Wande Coal is one of the teachers.

He makes gestures, apparently explaining his situation to his new master – Davido – who immediately begins tutoring Mayorkun on how to fight and become a fierce warrior.

This part of the video where he teaches Mayorkun how to fight syncs with Mayorkun’s part of the chorus in the song which says, “I learnt from the best o, the best; David o, forget o. Mo bad. Forget now.”

After hsi intensive training, he returns to restore his honour in a fight in the presence of the damsel. He wins the fight and his proud master, Davido, hands him a samurai sword as a gift.

The video pays attention to details as the costumes are a similar to the Japanese attire.

The huts and Shaolin fighters had close replica with the Japanese culture.

Also, the concept of the video aligns with the theme of the song which is that Davido is the best and he learnt the craft by himself, while Mayorkun learnt from the best, Davido.

Tagged as: Davido, The Best, Mayorkun, A Better Time.

DJ Cuppy Hits Critics Amid Feud With Zlatan, Says ‘I’ve Learnt To Rise Above The Noise’

A Nigerian disc jockey (DJ), has taken a swipe at her critics amid the reactions that trailed her feud with singer Zlatan Ibile. Ever since announcing that Zlatan blocked her […]