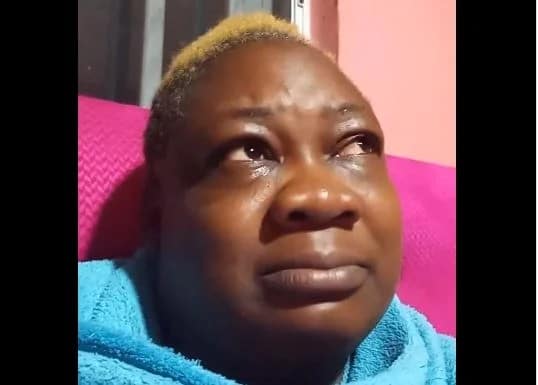 Nollywood actress, Damilola Adekoya, better known as Comedian Princess, has called out her colleagues in the entertainment industry who have “refused to support” her forthcoming show.

In a two-minute video posted on her Instagram page on Tuesday, she said it came as a shock to her after people who promised to support the show refused to publicise it.

Princess called out the bigwigs in the comedy industry including Ali Baba, Gbenga Adeyinka, Buchi, Julius Agwu, and Josh2funny.

Her show, titled ‘Nothing But The Truth’, is scheduled to hold at the Muson Centre, Lagos on November 14.

Princess said Jaywon is billed to perform at the show but hasn’t posted information about it.

The comedian also said she is not sure if Arole, the comedian, and Vector, the rapper, have kept to their promise of promoting the show even though she personally called to remind them.

At the end of the footage, Princess wept adding that if Sound Sultan was alive, he would have been there for her.

“I couldn’t sleep so I decided to do this video and it’s for some specific people,” she said.

“My show is five days away and I have been trying my best to publicise it but to my greatest shock and surprise, the people I really expected to help me repost didn’t post it on their pages.

“So instead of calling each of them one after another because I know they will just apologise, I decided to do this video, so that they will know how I feel.

“People like Gbenga Adeyinka, Ali Baba, Julius Agwu. People promised them support, they did not even post to tell people about my show. Jaywon didn’t post it, I don’t. Vector hasn’t posted it as well.

“I called Josh2Funny, he said he posted it. I called Arole as well, but he didn’t post it even though he promised to.

“Buchi hasn’t posted it. Since you moved to the Highland and made new friends, you are doing like you don’t have a past. Time like this, I miss Sultan, I’m so stressed.”