FG Expends 89% Of Revenue On Debt Servicing In 11 Months 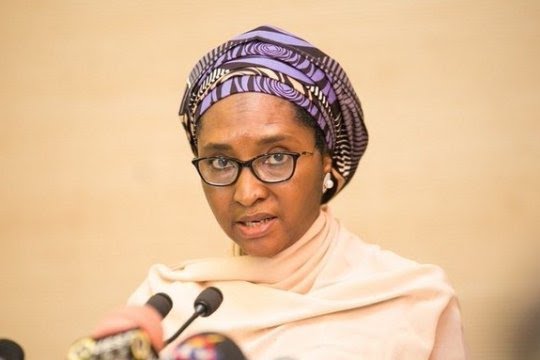 A total of N3.10 trillion was spent by the Federal Government on debt servicing for the 11 months (January- November) 2020. This is out of its N3.48 trillion retained revenue for the same period.

It puts Nigeria’s debt-to-revenue ratio — A key measure of debt sustainability, at 89 per cent for the period under review — A far cry from the World Bank’s recommended 22.5 percent for low-income countries.

The implication of this is that, for every N100 generated, N89 was spent on debt servicing, leaving the government with little to spend on infrastructure — A pointer to the vacuum in revenue generation and high government spending.

The minister of finance, budget, and national planning, Zainab Ahmed speaking at the virtual presentation of the 2021 approved budget in Abuja, said the federal government’s share of oil revenues generated in 2020 was N1.46 trillion, this represents 157 per cent performance, over and above the prorated sum in the revised 2020 budget,

Non-oil tax revenues stood at N1.14 trillion — 77 per cent of revised target. Companies Income Tax (CIT) and Value Added Tax (VAT) collections were N591.80 billion and N172.25 billion, representing 79 per cent and 66 per cent respectively of the prorate revised targets for the period.

Customs collections was N379.58 billion — 80 per cent of revised target.

Meanwhile, while speaking on funding sources for the 2021 budget, Ahmed said 30 per cent of projected revenues is to come from oil-related sources while 70 per cent is to be earned from non-oil sources.

“This, therefore, shows that the Nigerian economy is gradually becoming less dependent on oil. Overall, the size of the budget has been constrained by our relatively low revenues,” she said.

The minister stated that overall budget deficit for the 2021 budget is N5.6 trillion, representing 3.39 per cent of the country’s Gross Domestic Product.

She further explained that the budget deficit would be financed mainly by borrowings, which includes, N2.34 trillion from domestic and foreign sources each, N709.69 billion from multilateral and bilateral loan drawdowns, while privatisation proceeds would provide N205.15 billion.

The minister said several measures are being instituted to improve government revenue and entrench a regime of prudence with emphasis on achieving value for money.

“Government will aim to optimize the operational and collection efficiencies of GOEs, with a view to their generating significantly higher revenues and controlling expenditures more tightly,” she said

“The cost-to-revenue ratio of government operated enterprise (GOEs) has by Finance Act, 2020 been limited to a maximum of 50 per cent, while regular monitoring and reporting of revenue and expenditure performance of GOEs will be undertaken by both the Budget Office of the Federation and the Office of the Accountant General of the Federation.”

The National Examination Council (NECO) on Wednesday released the results of its 2020 Senior Secondary School Certificate (SSCE) examination conducted throughout the nation between October and November. While announcing the […]