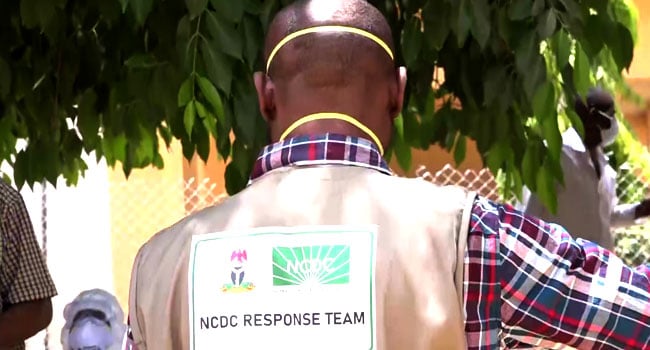 On Monday, Nigeria recorded its highest numbers of COVID-19 cases since the outbreak of the infection in February 2020, as the Lagos State government give directive for the reopening of schools.

This was disclosed in a late night tweet by the Nigeria Centre for Disease Control (NCDC), which revealed that a total of 1,204 new confirmed cases were reported from 20 states and the Federal Capital Territory (FCT).

In the report, Lagos State had the highest number of infections in a single day, with 654 new cases, FCT recorded 200, Plateau recorded 60, Kaduna recorded 54 , Kano recorded 40, Rivers got 30, Edo has 28, Nasarawa recorded 25, Kebbi confirmed 19, Bauchi reported 18, Oyo has 13, Akwa Ibom recorded 12, while Bayelsa and Ogun States have 11 more cases each.

This brings the total number of coronavirus cases confirmed in the country to 91,351.

Nigeria’s recovery figure increased to 75,699 while 1,318 deaths have been recorded in the 36 states. The rise in the death toll was a result of four more fatalities reported on Monday.

Before the tweet by the NCDC in which Lagos recorded 654 new cases, the Lagos state government had ordered schools to reopen from January 18.

The Commissioner for Education in the state, Mrs Folasade Adefisayo, who made the announcement, had asked school authorities to make efforts to comply with all the COVID-19 requirements for resumption.

Tyson Fury said on Monday that he can knock out fellow British world heavyweight champion Anthony Joshua inside two rounds due to his recent form. WBC belt holder Fury said […]