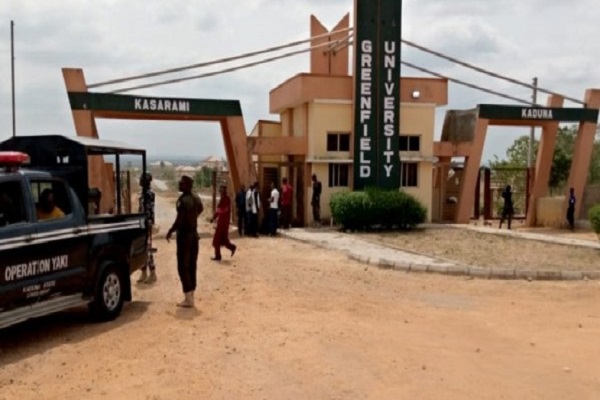 The Kaduna state government says it has uncovered the corpses of two more students abducted from Greenfield University in Kaduna state.

The state commissioner for internal security and home affairs, Samuel Aruwan made this development known in a statement on Monday.

The development comes days after three of the students were found dead at a location close to the university.

Gunmen attacked the private institution last week Tuesday and an unknown number of students were kidnapped.

Six days after the incident, there is still no official confirmation of the number of students missing.

According to Aruwan, the corpses of the students have been deposited at a mortuary.

“The retrieved corpses have been evacuated to a mortuary, and the university has been notified of the development.

“The Government of Kaduna State, under the leadership of Malam Nasir El-Rufai, is saddened by this evil perpetrated against innocent students abducted while pursuing their education for a glorious future.

“The Government sends its deep empathy to their families and the university management, and prays for the repose of their souls.”

One of the parents of an abducted student had earlier revealed that the bandits had reached out to them demanding N800 million ransom for the release of their children.

The parent added that they were still negotiating with the kidnappers, when three of the students were found dead last Friday.

Meanwhile, the parents and the institution have also appealed to the federal government and Kaduna state to assist them in rescuing their children.

Nigerian comedian, Abovi Ugboma, popularly known as Bovi, has urged his colleagues to embrace the art of creating album-like skits to sustain relevance. The 41-year-old comedian made this known on […]